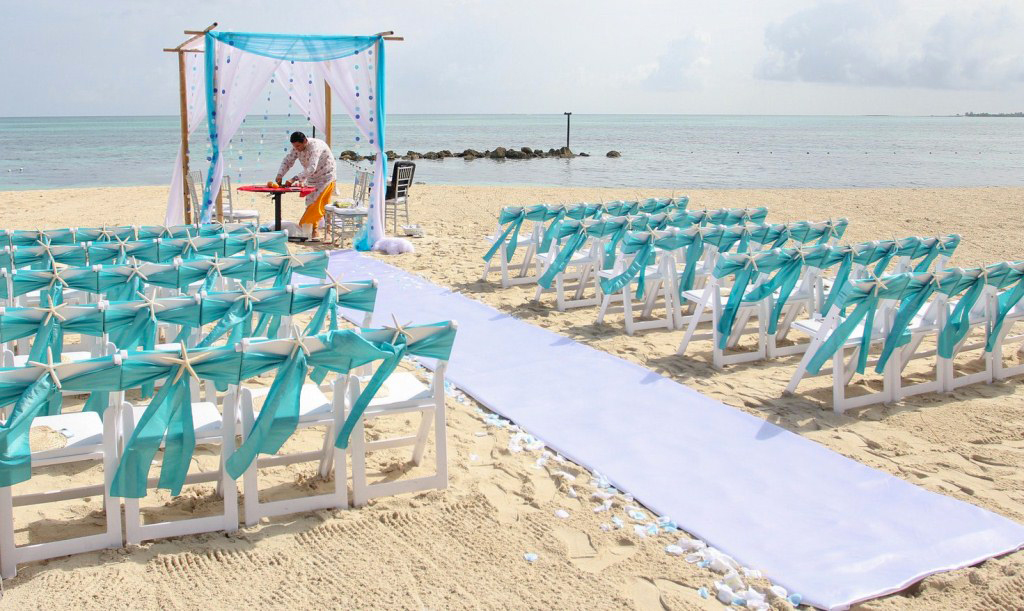 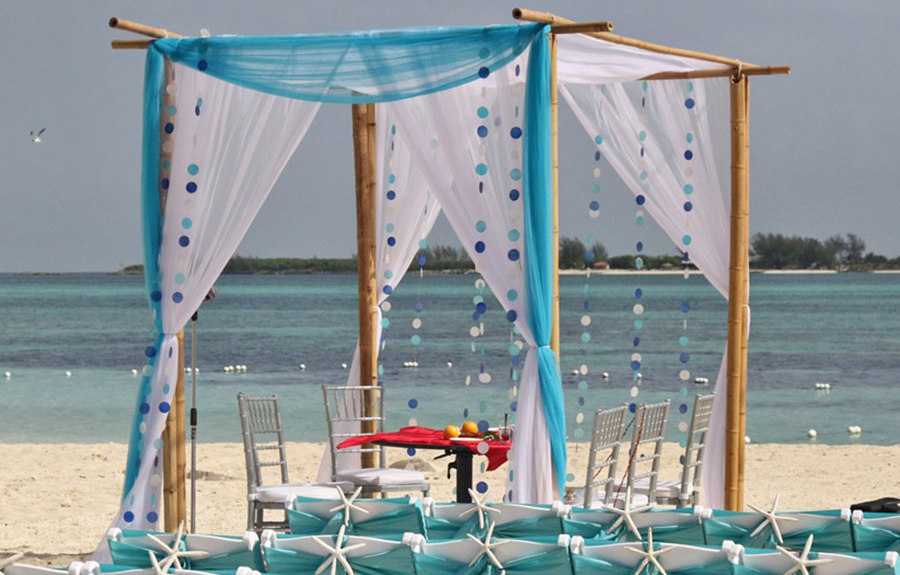 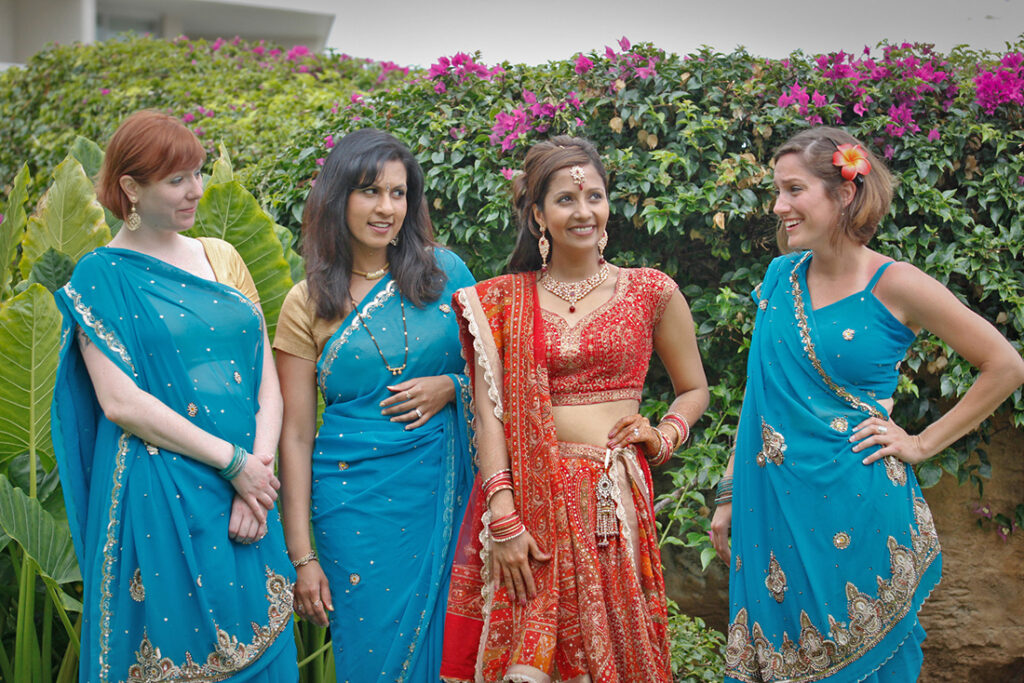 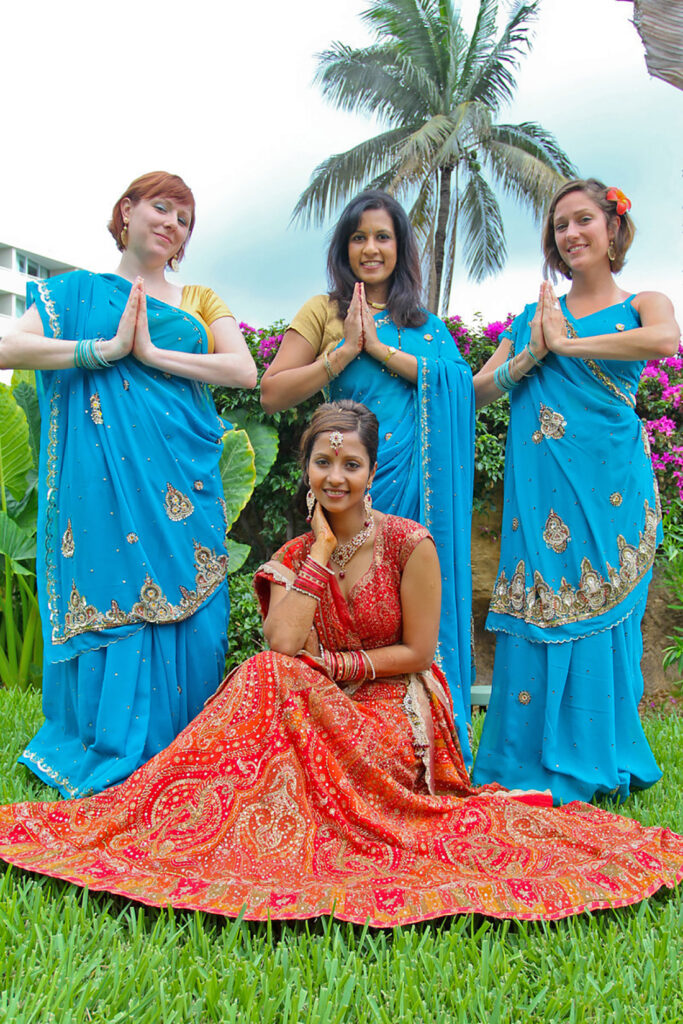 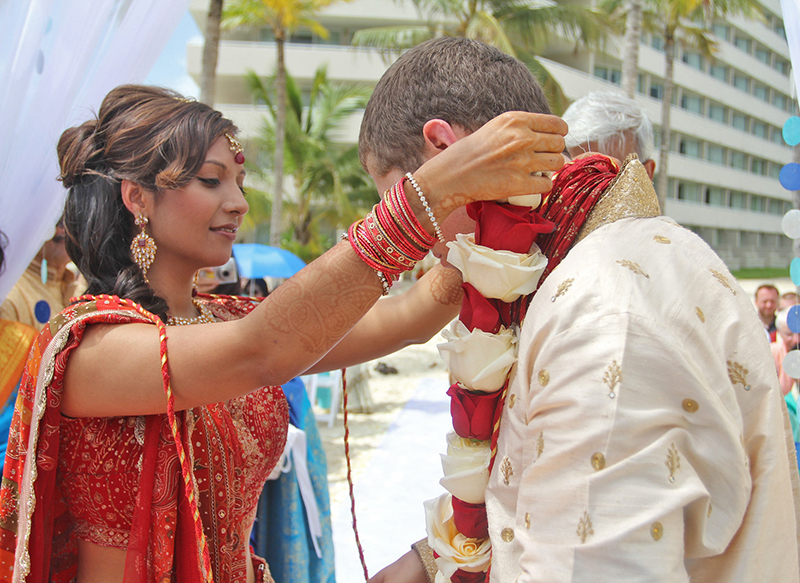 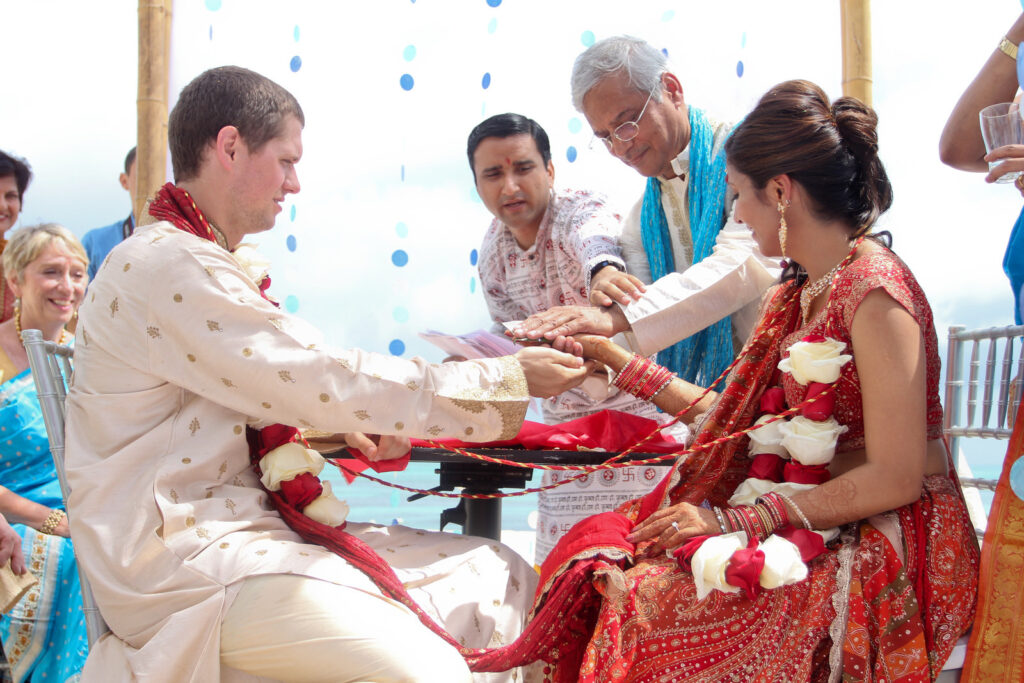 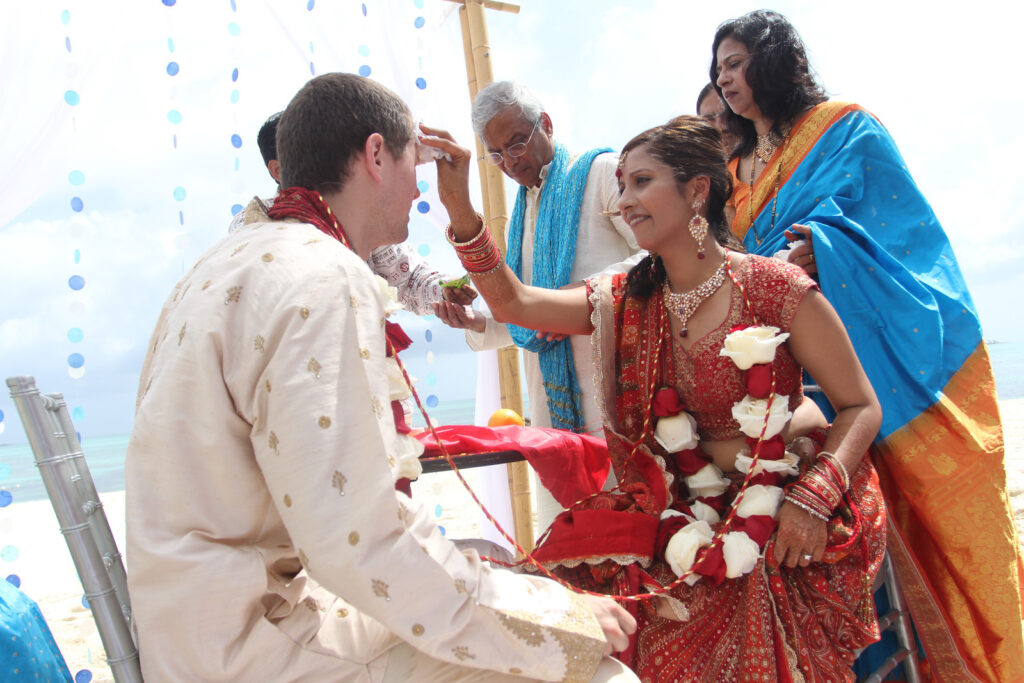 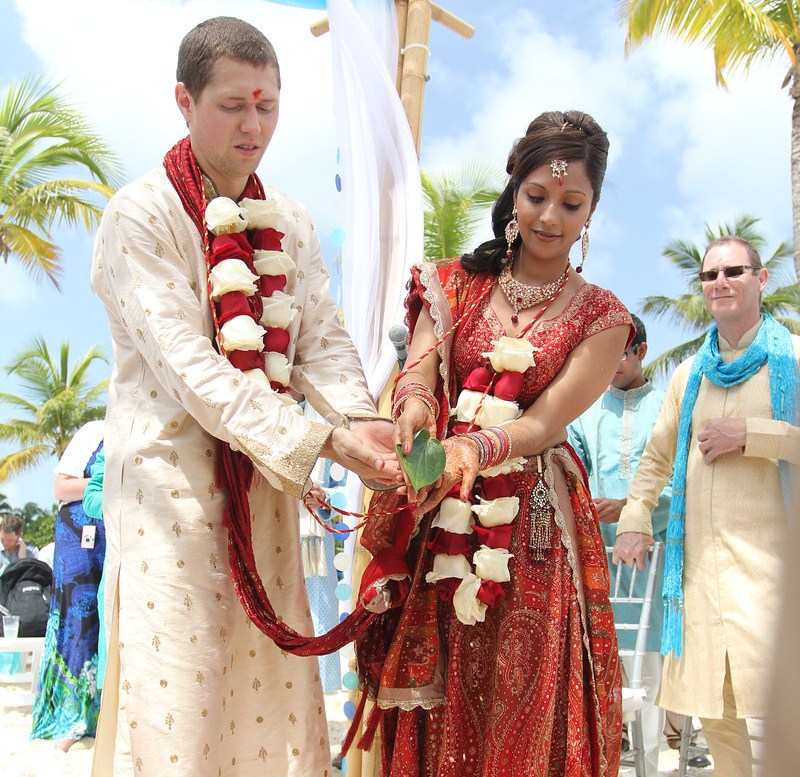 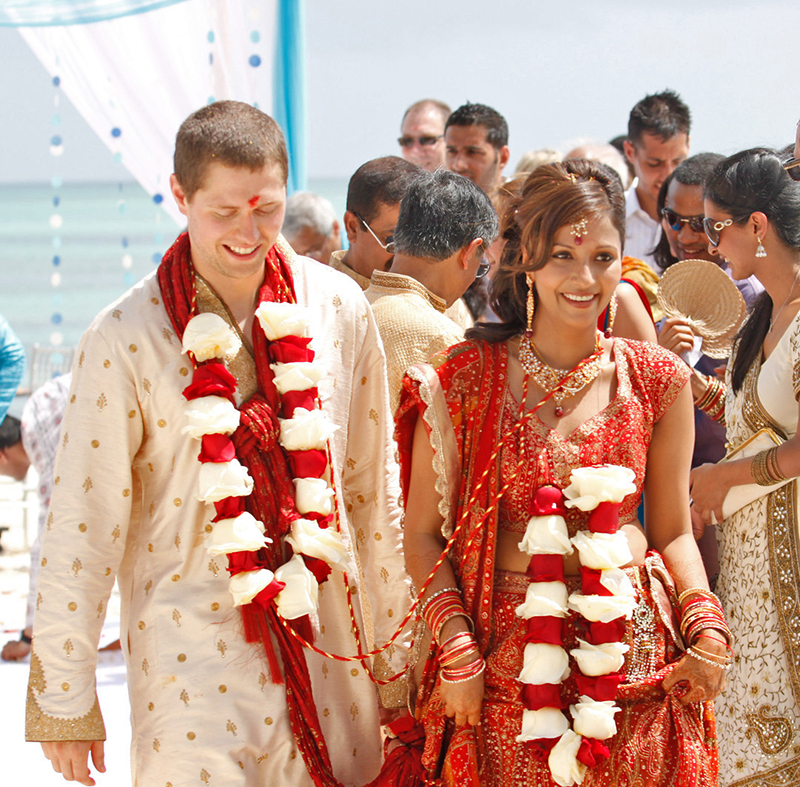 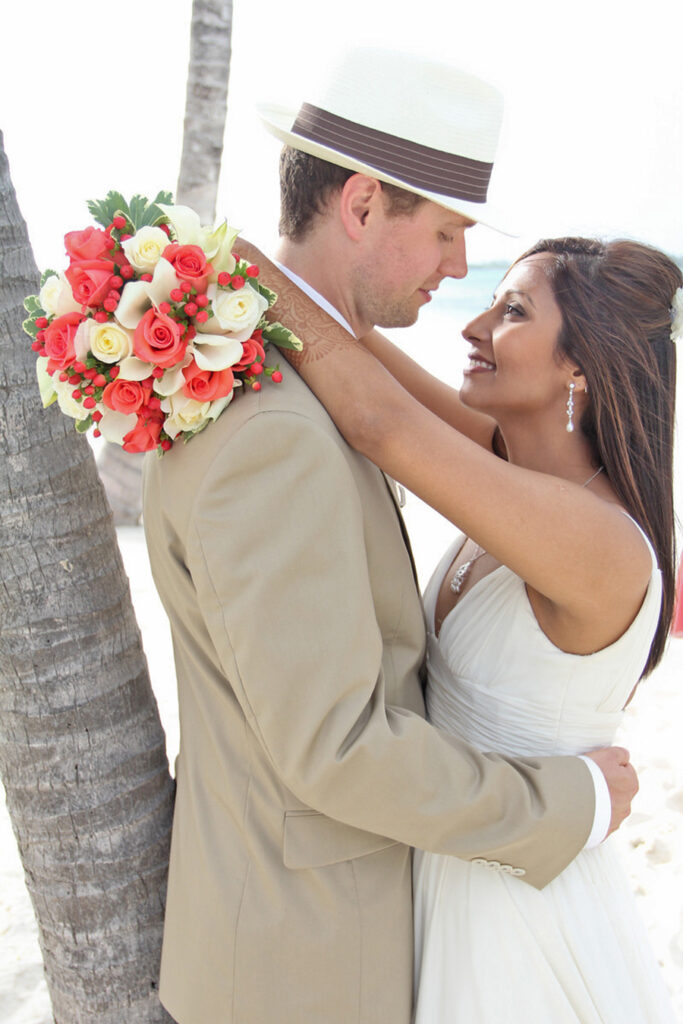 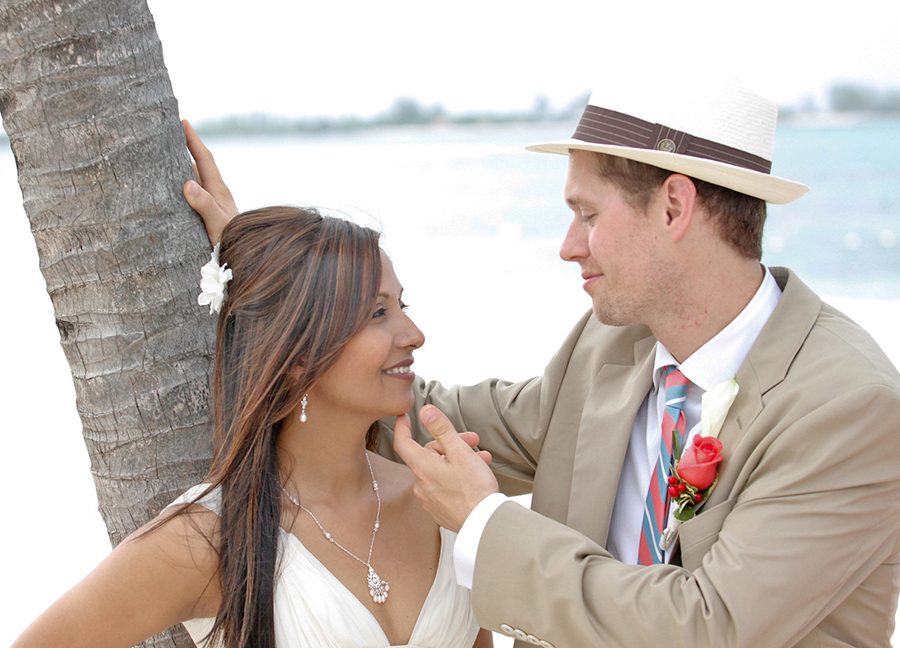 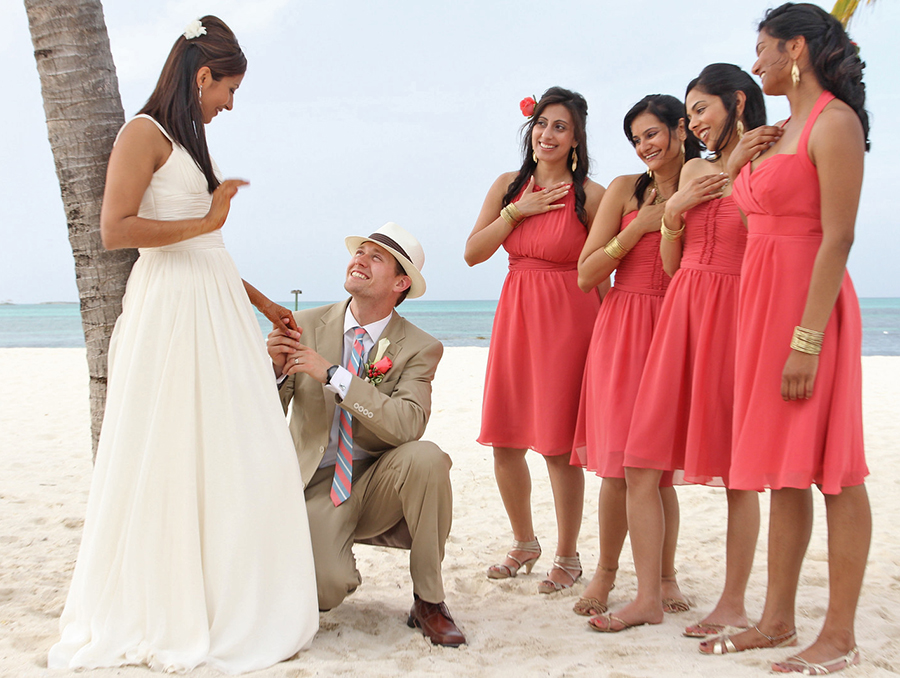 The wedding ceremony takes place inside a canopy called a mandap. The bride is sometimes painted in elaborate mendhi or henna designs covering her hands and feet before the ceremonies begin. The following ceremonies are meant to honor the couple’s love and ensure the success of their marriage by invoking the blessings of various deities and joining the families in celebration.

Ganesh Poojan: Some Hindu ceremonies begin with an invocation to Lord Ganesh, or Ganesha, the Hindu god of wisdom and salvation. Ganesha is depicted as having an elephant’s head. By invoking him, he removes any obstacles from the wedding ceremony. The ceremony may then be performed without hindrances. The Ganesh Poojan is performed anywhere from a few days to the night before the wedding.

Arrival of the Vara Yatra; As the groom and his party, together called the vara yatra, arrive at the ceremony site amidst much singing and dancing, the bride’s parents, family and friends greet them with akshat (a kind of rice), tilak (a dot on the forehead), arati (a plate carrying a lighted lamp), and a garland.

Grahashanti: Before the wedding begins, the nine planets are invoked by name in a ceremony called grahashanti (peace with the planets). Blessings are received from each planet for the new couple’s life together.

Hastamilap:This ceremony centers on the joining of the bride and groom’s hands. The bride’s right hand is placed on the right hand of the groom. Their hands are then tied together with a cotton thread wound several times, while the priest recites holy verses. Although a single thread can be easily broken, a thread wound many times creates an unbreakable bond; thus, the thread acts as a metaphor for the new marriage, bringing the couple together in an unbreakable bond.

The Wedding Ceremony: The bride and groom are next seated in front of a holy fire, or agni, as a priest recites various mantras from the Holy Scriptures. In Hinduism, fire is regarded as a purifier and a sustainer of life. In a ritual called mangalfera, the bride and groom walk around the fire four times (each a symbol of the four ashrams of life), praying and exchanging vows of duty, love, fidelity, and respect. The priest directs family members to make offerings into the fire.
At the end of the ceremony, in a ritual called saptapadi, the bride and groom take seven vows, sealing the marriage forever. These vows are traditionally spoken in Sanskrit, and are one of the most ancient aspects of the Hindu ceremony. The vows validate the marriage; no ceremony is complete without them.

Dhruvadarshan: At the conclusion of the ceremony, the priest directs the newlyweds’ eyes to the pole star, which remains steadfast in the sky though the stars around it move across the sky. So shall their new marriage be steadfast, though others may change around them.
There are additional ceremonies, such as bidhai and vadhupravesh, that center on leaving the ceremony site and welcoming the bride to the groom’s home. And certain regions and sects have their own variations on the basic Hindu ceremony. Jain, Punjabi, Marathi, Gujarati, Tamil, Kashmiri, and Bengali ceremonies will all have their own unique customs that make South Asian Hindu weddings so special. And other Hindu-dominated regions, such as the island of Bali in Indonesia, have their own customs as well. For a religion as ancient and rich as Hinduism, its customs are as countless as they are timeless.

We love to hear from you!

At Weddings Romantique, We are thrilled to be part of your wedding planning Journey! please fill our inquiry form and tell us about your ideas and vision